If you’re wondering why football is so popular, I’ll tell you. It’s modern day gladiator shit; money, mentors, drama, meteoric rises in fame, agony, ecstasy, coliseums, hometown pride (with slight variations on the to-the-death part) and the Seahawks are about to take it all down. Let’s soak in the gluttonous glory before our empire falls.  How?  Besides the obvious, with serious snackage. But first, a little background…

Against many odds (namely, nary a female relative or friend who liked football) I became a fan.  It was during Faith Hill’s administration, and she will always be the one true singer of the “Sunday Night Football” song IMHO (no offense Carrie, but you’re missing a certain je ne sais quoi.  Go have a kid or something.)  This later-in-life development could be traced back to the scores of hours I logged breast-feeding babies in front of a game; I had twins in August ’07.  As a captive audience member, there was nothing to do but learn the (admittedly extensive) rules, which made me like it.  I soon became enthralled by the regular strategic surprises, coupled with what these gladi-players do with their bodies (which makes it more exciting than say, baseball).  At the time I didn’t think much of it (probably because “thinking” was the height of luxury back then) but synthesizing horse-portion quantities of food into 10-times-daily nutritious, life-sustaining milkshakes for two infants may have led me to feel a certain kinship with these warrior athletes.  That 67 yard punt return?  That one-handed grab between two defenders??  That flip into the end zone???  Do what you gotta do, boys.  My body can do really dope shit too, while I watch you from this couch.

Games are a legit excuse to make all manner of party food, this recipe being the most healthy (fresh veggies?) easy (no cooking?) and requested (no brainer) by my family in that category. 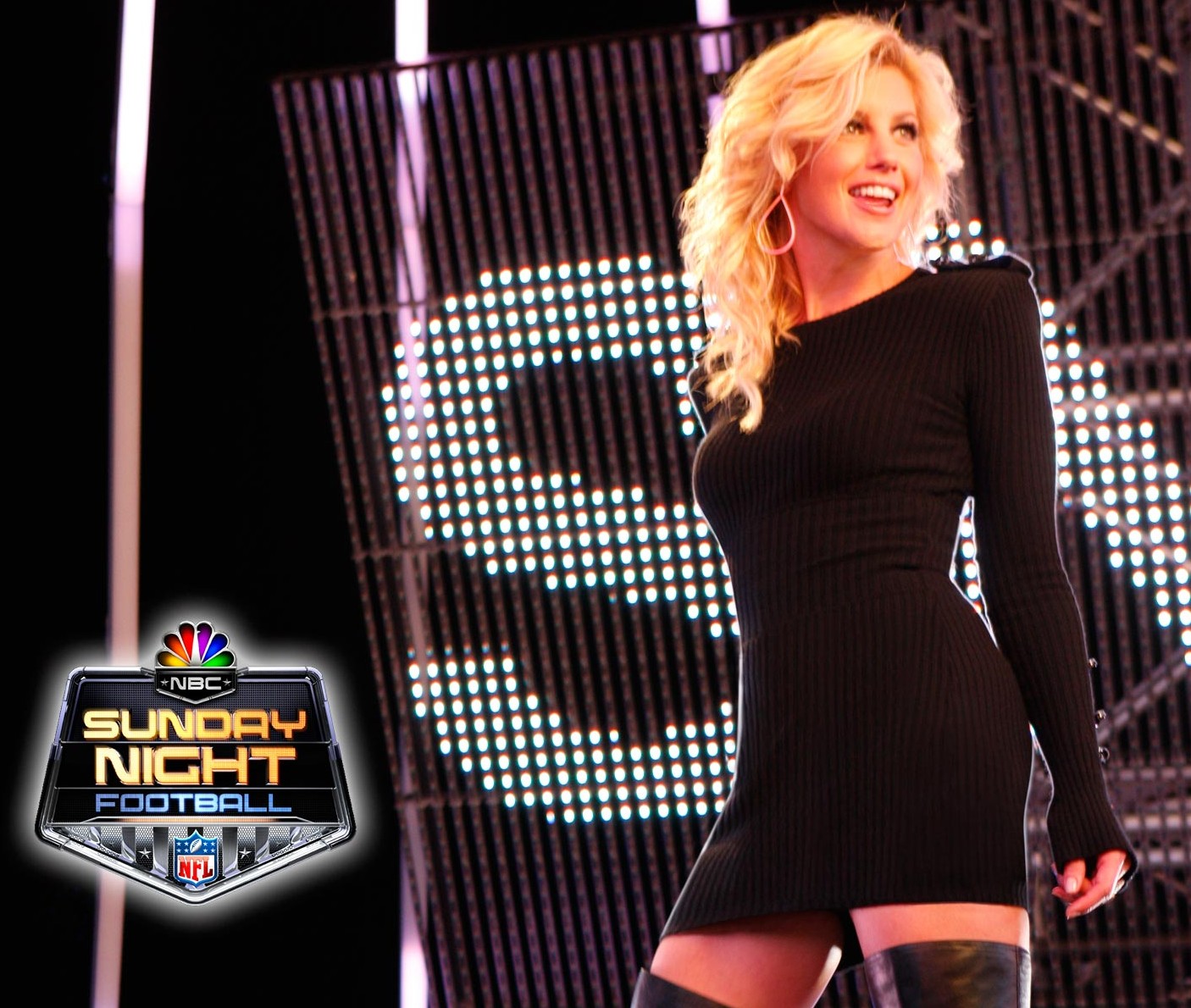 Using a spatula, spread the black beans in an even layer on a large plate or food-safe platter.  Next, evenly spread the sour cream over the beans (use more if you love it).
Cover that with a layer of shredded cheese.  Layer the next five ingredients (tomatoes through cilantro) on top in order.  Squeeze lime over top.  Serve with chips.  Eat face off.

Hey guys,
I’m happy to report that a mini doc of yours truly premiered on Friday and will air throughout the week here in Seattle on KCTS.
You can watch it directly here.
Or you can watch the 27min Art Zone episode (highly recommended).  My segment starts at 9:52, fittingly just after a preview of the Moore Theatre’s current run, “Jerry Springer: the Opera.”

Thanks to Nancy Guppy for having me on the show, and Valerie Vozza for shooting it.  I’m proud to have worked alongside two ambitious, creative and genuinely good show biz people, both of whom happen to be women. 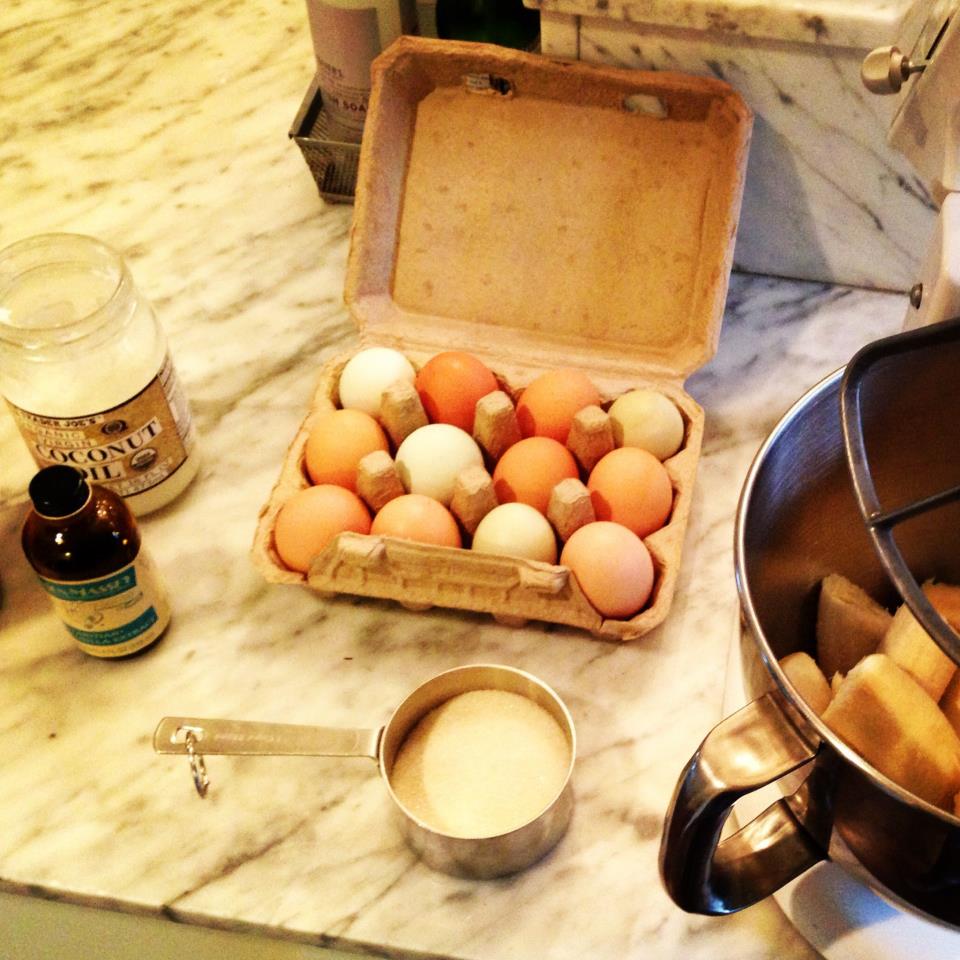 farm eggs in the house

This recipe is very easy, I love that it works equally well for breakfast as it does dessert.  Some variation is normal, not all bananas are the same size or ripeness.  If yours are small, maybe throw in an extra.  Super-sized?  Use one less.  Preheat the oven to 250.  Use some coconut oil to grease the inside of a bread loaf pan, rub any extra into your cuticles and elbows.  Sprinkle the inside of the greased pan with flour, set aside.

With a hand or stand mixer, mix the bananas and sugar together until homogeneously creamy, this could take a few minutes.  Add the eggs, vanilla and melted oil; blending well.  Slowly add the flour mix, and lastly the chips.  Pour mixture into prepared pan.  Place in center of oven and bake 1.5-1.75 hrs or until a toothpick inserted into the center comes out clean.  Place pan on it’s side on a cooling rack, after 15-20 minutes, turn pan upside down and remove loaf.  Place loaf right-side-up directly on cooling rack.  Loaf will keep for several days at room temp when tightly covered (only once completely cooled). 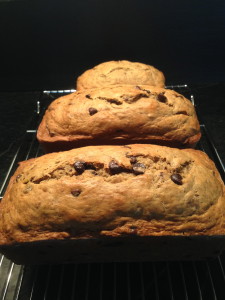 to infinity and beyond